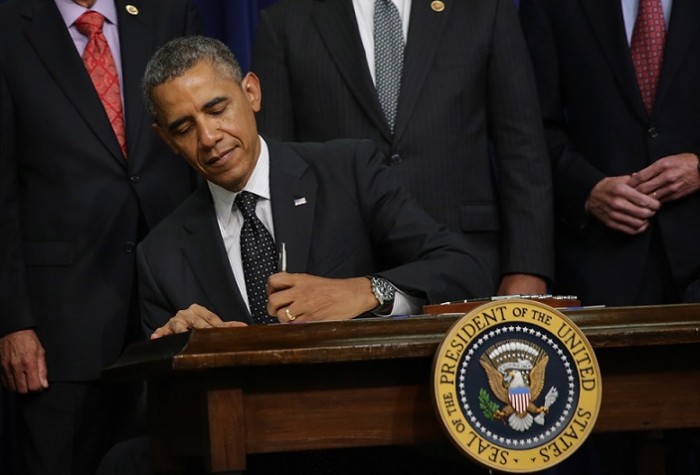 We the Common Ground Christian Network affirm the dignity and value of every human being and we oppose President Obama’s July 21, 2014 executive order which seeks to limit the free exercise of religion by organizations doing business with the federal government. The order compels all federal contractors, including religious organizations, to practice “nondiscrimination” based on “sexual orientation” and “gender identity.”  While designed to proscribe discrimination, the order actually sanctions it by punishing those whose faith-driven convictions the government does not approve.

The First Amendment to the Constitution, which guarantees the free exercise of religion, includes religion-based ethics in the workplace. The President’s executive order would force Christian charities and other religious groups, whose services are always extended without discrimination, to hire people whose lifestyles do not conform to the religious beliefs of the organization. This includes the historic biblical Christian teaching that sex is for marriage between husband and wife.  It also violates the First Amendment’s disestablishment clause by endorsing “transgender” ideology, the assertion that individuals can reinvent their own self-perceived “gender identity,” irrespective of physical reality.  Christians whose faith aligns with historic, biblical Christianity consider this ideology to be Gnostic in its elevation of mind and feelings over biology.

By excluding many religious charitable and educational organizations from government contracts, this executive order will harm the poor and needy who often benefit from the unique expertise and compassion that religious groups offer.  More broadly, this executive order represents a growing intolerance for expressions of historic biblical religious faith in public life.  Ultimately the order undermines freedom of speech, conscience and religion for all Americans by coercively imposing through a discriminatory government policy a secular ideology that displaces traditional religious faith and family life.

As Christians and leaders of religious institutions affirming liberty for all persons, religious or not, we pray and hope for judicial and legislative corrections to this misguided executive order.  We declare our own commitment to the teachings of historic orthodox Christianity about marriage, sex, gender and the human body.  And we decry any government discrimination waged against religious groups under the purported banner of “nondiscrimination.”

(organizations are listed for identification purposes only)

Reactions from other faith leaders